World: Top Zoos in the World

Travelling with children requires finding the right balance between what adults want to do and what children want to do. But sometimes its not about either side sacrificing, it's about finding those activities where both can learn, grow and have fun together. And one such activity is going to the zoo! Discover where you can find the best zoos across the the globe:

The oldest zoo in the world is the Schönbrunn Zoo in Vienna. The zoo opened in 1752 and is located on the grounds of the Schönbrunn Palace. Being the first zoo, it is recognized for many of its pioneering events, such as being the zoo where the first elephant in captivity gave birth. Apart from walking around and admiring the animals, don't miss out on admiring the architecture around the zoo compound.

The Bronx Zoo in New York is proudly the largest metropolitan zoo in the world. The zoo has over 4000 animals over 265 acres of land and is famously known for their wonderful work in breeding endangered animals. In the year 2006, the Bronx zoo replaced all of its restrooms with eco-friendly toilets, saving millions of gallons of water.

The Berlin Zoological Garden is known for the special care they dedicate in recreating the habitat of the animals. It is recognized as a historic landmark for surviving through WWII. It is the home of the oldest living panda in captivity and recently known for taking care of the famous polar-bear cub Knut, the first polar bear born in the Berlin Zoo.

The Singapore Zoo is one of the few zoos that is 100% cage free bringing the natural habitats of the animals to them. With the largest orangutan colony in the world, you can enjoy a direct experience interacting the with orangutans in the zoo while you have your breakfast!

The National Zoological Gardens of South Africa has over 2,500 species of animals, a diverse variety of exotic trees, a large aquarium and a reptile park! To view the park thoroughly you may want to use their golf like cars and stroll around or take the cable cart on your way back down and admire the natural scene.

You will find other top zoos in the world in Basel (Switzerland), Prague, Beuval (France), and in Orlando (Florida).

The list of zoos across the globe is huge and practically every city has its own zoo, but if you ever home swap in one of the cities mentioned above that happen to have the one of the world's most acknowledged zoos, why not go? We don't really have much of a chance at appreciating the vast diversity of species that nature has! It is not only a learning experience for adults, but a fun and exciting experience for the children. So jump in your family groove and spend a fascinating day at the zoo during your home exchange holidays!

Venues in this article 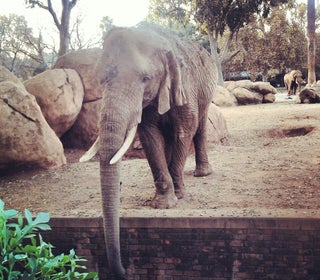 This zoo has over 2,500 species of animals, lots of exotic trees, a fun aquarium and a reptile park... 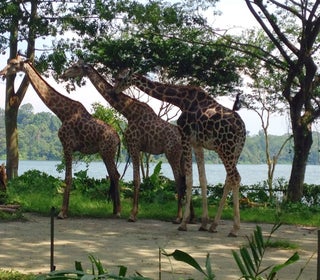 This is one of the few zoos that is 100% cage free, allowing the animals to live in their natural... 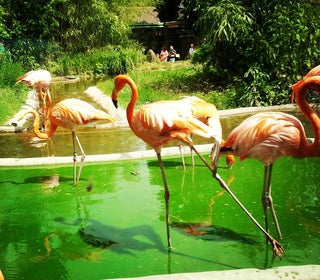 This is the oldest zoo in the world and located on the grounds of the Schonbrunn Palace, where...

The Berlin Zoo is the oldest zoo in Germany and has the world's largest number of species. The zoo... 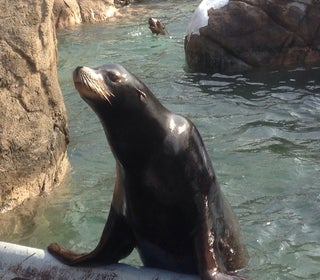 The Bronx Zoo is the world's largest urban zoo, featuring more than 600 species from around the...

Please tell us what you were doing and we will fix it right away.

Apply to the Vacation Travel Network

Connect to thousands of like-minded families from around the world, who let each other stay at our beautiful homes when we're not there

To add a place to the guide, you need to Join the Knok network To see this home, you need to become a premium member Welcome to Knok's Family-Friendly Travel Guide

Connect with thousands of like-minded families from around the world

Connect with all other Knok members around the world

Full of suggestions for places to go and activities to do with your family.

Each place includes our special KID Rank (how much kids love this particular place).

Discover secret places and favorite hangouts added by local families in each city.

Add your favorite places in the cities you love.

You can also create a shared travel guide with your friends.

Want to know more about it? Book a call with a Knok Connector and we'll help you get on board.

Join the network Talk to your Knok Connector