How about enjoying a great music festival while home exchanging in Barcelona? It?s time to celebrate spring with music! For over a decade, The Primavera Sound transforms the city, for a few days, in the capital of indie music. The festival has already hosted concerts from Pixies, Neil Young, Sonic Youth, Pulp, Patti Smith, Arcade Fire, and so on.

In 2013, the festival will take over the city between May 22nd and 26th, with the main shows happening in Parc del Forum, the 167.000 square meters paved with colored asphalt seaside park, which whips concrete and trees from the land.

In this year?s lineup, there are over 100 artists from all over the world. Among them, Fiona Apple, The Vaccines, Grizzly Bears and Blur (yes, the band is coming to Barcelona on its big reunion tour!). The whole program can be seen here.

Primavera Sound also makes a stop in Portugal, for the second consecutive year, Porto hosts the Optimus Primavera Sound, which takes place May 30th and June 1st, at Parque da Cidade. In the Portuguese lineup, some of the attractions from Barcelona will also perform.

Venues in this article 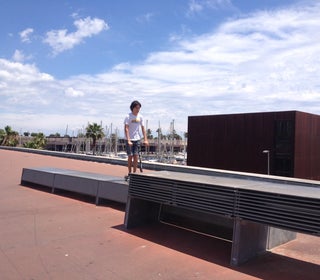 Culture in London: 7 museums you should not miss

Please tell us what you were doing and we will fix it right away.

Apply to the Vacation Travel Network

Connect to thousands of like-minded families from around the world, who let each other stay at our beautiful homes when we're not there

To add a place to the guide, you need to Join the Knok network To see this home, you need to become a premium member Welcome to Knok's Family-Friendly Travel Guide

Connect with thousands of like-minded families from around the world

Connect with all other Knok members around the world

Full of suggestions for places to go and activities to do with your family.

Each place includes our special KID Rank (how much kids love this particular place).

Discover secret places and favorite hangouts added by local families in each city.

Add your favorite places in the cities you love.

You can also create a shared travel guide with your friends.

Want to know more about it? Book a call with a Knok Connector and we'll help you get on board.

Join the network Talk to your Knok Connector